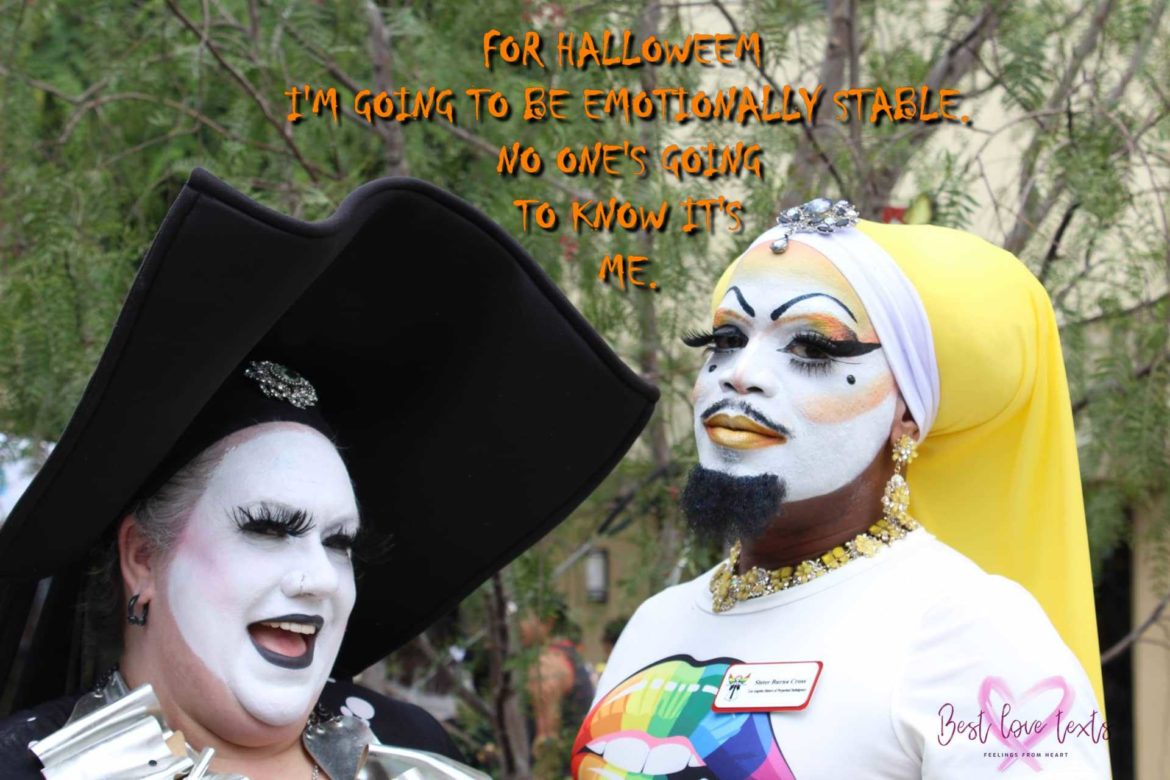 Usually we associate Halloween with the idea of fear and terror and we do that throughout the combination of disguises with a profusion of cobwebs, Toad`s eye and Pumpkin like and all that for one goal, Creating a sense of horror and terror.

This type of disguise is perfect for kids who love horror movies and always seek thrills and chills.

In contrast, adults, for a Halloween party are looking for a discreet disguise that is more elegant, easier to wear and less frightening.

Partying for Halloween comes from the United States of America. For a long time, traditions have prevailed and Halloween was great for disguise of circumstances.

Today celebrities and American people make of this holiday an opportunity to digress. In the recent past, we have seen Beyoncé and Jay Z disguised as Barbie and Ken in 2016. Rihanna and her gang of girlfriends reinterpret in a sexual way the Ninja Turtle from the teenage film Muttant Ninja turtles. Alternatively, Kim Kardashian disguised as a mermaid for the Halloween party in 2012. Howver, we cannot deny that all these characters, as nice and well interpreted as they are, are quite far from the original concept of Halloween.

Other celebrities seek their inspiration in American horror cinema. In 2018, it was possible to see Joey king appearing truer than life Voldemort in a bluffing make up. Still in the same theme, Kate Beckinsale and her husband disguised in 2010 in Frankenstein and his fiancée, recalling their passage in Val Helsing a few years earlier. While in 2014, Courtney Fox turned into a frightening Annabelle more evil than ever.

Other stars have preferred to remain in the usual folklore by using characters directly attached to the Halloween party. Kim Kardashian disguised as a simple skeleton at a Halloween party in 2014. We can also find people disguised as Devil, werewolf, witch or evil character whose origins are not well known.

Camouflages to do yourself

Of course, witches, ghosts or vampires are a recipe for children and are still popular. Two solutions are available to you, either you go to the shop or the internet to buy a specific disguise or you improvise. When the child is young, this solution is not necessarily the least appreciated, indeed the child will not give much importance to the historical credibility of his costume. Provided he has fun in Halloween, that his costume has a novelty look, that it is scary and the turn is played. If in addition, you involve him in the phase of confection and that you spend time with him during fittings, he will be grateful for these special moments spent together.

The mums, a little bit ingenious, will also be able to quickly transform a green dressing gown into a pretty Elf costume. A pack of hydrophilic cotton in the shape of a beard will give all the necessary credibility to the costume of Merlin the enchanter. A carefully cut white sheet will be adapted in a few strokes of black markers in a striking costume of a phantom. While the tight curtains will transform any little girl in a transcendent fairy. For less creative moms, DIY tutorials video or a form of an article will help them systematically for the making of costumes.

For moms, a little bit overloaded and do not wish to budget considerable sums for a costume that will never be used again. We find, in trade very representative T-shirts of the main Halloween characters such as skeleton, vampire, zombie etc. We can complete the costume by then going to the joke shop to embellish the whole of the mask corresponding to the chosen character and it is the success assured.

Disguise is not everything, it can also be supported by a make–up of circumstances. As one can imagine that your child is not used to putting on make-up, this will be a very pleasant discovery for him, doubled of a moment of complicity. 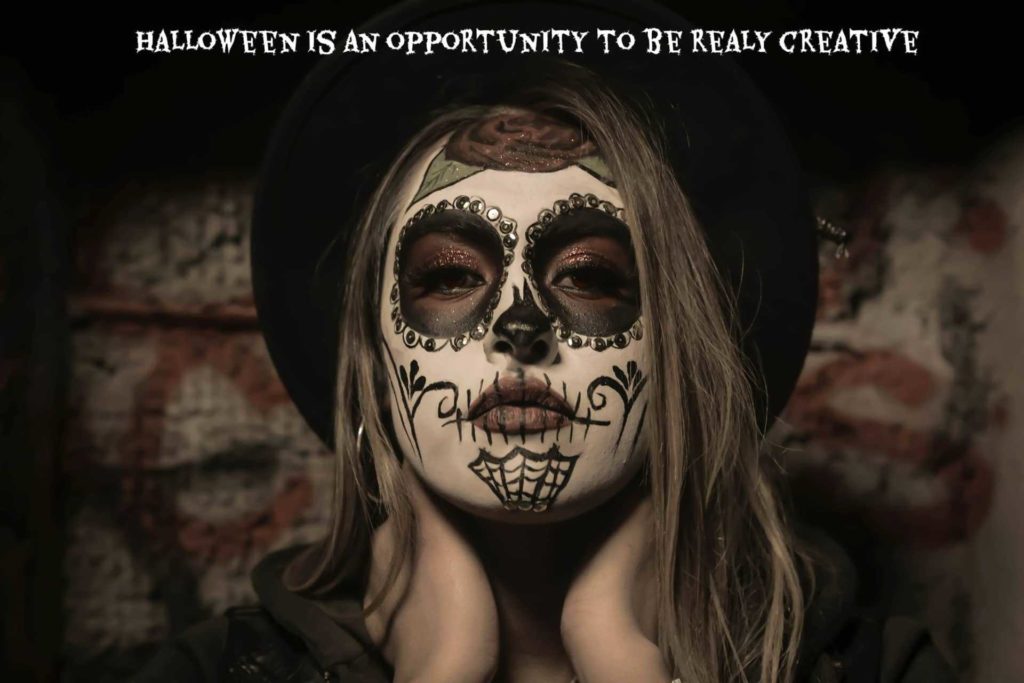 Halloween is considerably conciliatory with make-up, it does not matter which make up it is, a little light and strong will do the business, unless you want to perfectly mimic the scars at the base of the neck that you would have left sharp teeth of Dracula, you do not have to be sharp on make-up.

You want to look like a phantom, a zombie, use a white foundation all over your face. You can then apply different types of make up to dig the cheeks and darken the eye sockets. For finishing, you can sprinkle talcum on the face to get an effect that is close to dull skin of dead.

For the most won for the Halloween folklore and sophisticated make up of creatures based on false sand, false skin flaps on a translucent skin embellished with bloody eyeballs can have an effect worthy of the worst horror films. Provide time, patience and skills to count on to make the Halloween make up.

In the many Halloween parties in the United States, celebrities who have chosen to embody the tradition with scary characters have enriched their costumes with make-up worthy of the best horror movies.

Accessories are important for Halloween costume: because the disguise is light and it either needs accessories to make it credible, or by this concern for detail to stick closer to the character that it embodies.

For a Child`s disguise, use a sharp black hat to support an Improvised witch composition, a devil`s horn headband, a pumpkin hat, a phosphorescent wig or plastic pram embellish a homemade like disguise.

What To Write in your Halloween Cards ?